I had to go to Phoenix last summer for a work-related conference. The conference was so-so. Downtown Phoenix seemed slightly deserted and dirty. And the heat was hot. So I decided to rent a car and drive out to the Musical Instrument Museum (known as MIM) in the north end of Phoenix. It was worth the cost of the car and the airplane ticket!!

I spent a couple of hours at MIM, took a zillion pictures, and considered returning that evening for a Joan Osborne concert in their small theater.  I could have, and should have, spent the better part of 2 days there. And I’ll go back soon to do just that. 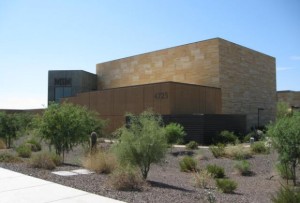 The Museum, established by Robert J. Ulrich, former CEO and chairman of Target Corporation, and his friend Mr. Felix, has a dazzling array of exhibits of the more than 6,000 musical instruments from Europe, Africa, Asia, the Middle East, and the Americas. Many of the exhibits focus on instruments. But, as is fitting for a music museum, there are high-quality audio and video recordings of people playing the instruments, singing with them, and dancing to them.

In the first floor Orientation Gallery, there are ancient, hand-made instruments as well as more contemporary instruments such as Elvis Presley’s guitars and a unique “recycled orchestra” of instruments built by Paraguyan children scavenging trash. In the second floor geographically-oriented galleries, guests use headsets that communicate with wireless hotspots. As guests approach an exhibit, the music automatically starts playing and videos show the instruments in action.

There are also exhibits centered on the luthier’s art, the Carter family, a replica of the old Martin guitar-making shop, and Taylor Swift’s instruments, for example. A highlight of my trip was a demonstration of the music produced by the museum’s extensive collection of mechanical instruments, such as player pianos, music boxes, and self-playing musical devices that jingled, whistled and pounded on the merry-go-rounds at state fairs when I was a kid. 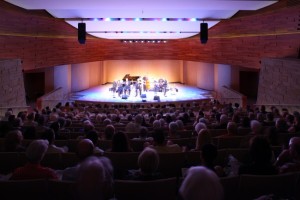 MIM is only 5 years old. It baffles me how they filled the 200,000 square-foot museum with instruments, information, special collections, and truly unique events (many for children), in such a short period of time. So if you’re looking for a fun, informative, and musically inspiring weekend, go to the MIM website, find a favorite artist on the concert schedule, and then consider a trip to Phoenix. You won’t be sorry.