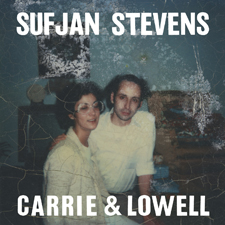 Sufjan is whispering to his guitar again. It’s intimate, beautiful, and entirely different than anything else out there. The stories are darker than most of his earlier work, and a little eerie. Rumor has it that this album, named after his mother and stepfather, is an attempt to make sense of his mother’s life and death, and his own somewhat difficult childhood. Everyone needs to get honest and get down now and then, I suppose. This album touches me the way a revealing dream does. That’s a rarity. The melodies are exquisite. But I kind of miss the innocence and buoyant quality of his other albums, especially the BQE and Illinoise. Release date: 3/31/2015

Rhiannon Giddens – Tomorrow Is My Turn 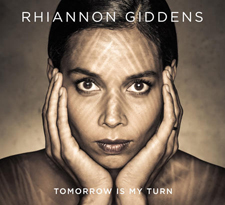 With her Piedmont roots, a couple of years of experience with the Carolina Chocolate Drops, classical vocal training, and a standout performance in the 2013 New York City Town Hall concert inspired by the Coen Brothers’ Another Day, Another Time 1960’s folk revival movie, Rhiannon Giddens was definitely ready to produce her first solo album. With help from producer T-Bone Burnett, she put together a short history of women in American traditional music — songs originally sung by people like Nina Simone, Patsy Cline, and Sister Rosetta Tharp. Giddens’ voice is strong and flawless in the folk, jazz, country, gospel songs on this album. Giddens’ rendition of Water Boy is masterful, although it stops just short of matching Odetta’s original power. Sister Rosetta Tharp’s Up Above my Head has some nice rockabilly electric guitar work. The recording is fresh and vibrant, even though many of the songs have been done before. But I have to ask: Is it really folk music if there aren’t ANY rough edges? Do we really want better versions of these great songs, originally sung by ground-breaking artists? Well, I suppose it IS nice to have them all in one place. Release date: 2/10/2015

Drew Holcomb and the Neighbors – Medicine Drew Holcomb and the Neighbors have only been making albums since 2005, but, in that time, they’ve released 8 of them. Medicine, their ninth and most recent offering is polished, varied, and satisfying. You won’t get tired of this one. It alternates between sensitively sung mellow folk-ish tunes and alternative rock songs. There are some sweet harmonies, a little bit of organ, acoustic guitar strumming, a little picking, and electric guitar too. The songs are refreshing. They are about normal people doing normal things and thinking the kind of thoughts that occur to all of us. It’s on sale on Amazon for $5.99. Buy it, and it may well be the musical medicine you’ve taken in a while. Release date: 1/27/2015

The Decemberists – What a terrible World, What A Beautiful World 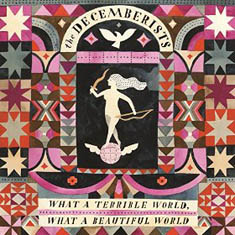 The Decemberists’ newest cd is surprisingly introspective and folk-ish. There’s plenty here for devoted Decemberists fans – as usual, the songwriting is unique, honest, and excellent. And the musicianship is spot on. It is perhaps not as inventive as some of their albums. But it feels more down-to-earth and personal. Folkies should definitely listen to Carolina Low and Better Not Wake the Baby, which feel like they’ve been around forever. Release date: 1/20/2015

Bob Dylan – Shadows in the Night 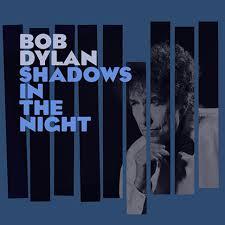 A collection of songs that were made famous by Frank Sinatra is yet another Bob Dylan twist that breaks new ground. It includes songs like Some Enchanted Evening and Full Moon and Empty Arms, performed by Dylan and a 5-piece band. The songs, simplified from their original complex orchestral arrangements, are surprisingly fresh, honest, and unsentimental, especially considering that the originals were all fairly sappy. It just goes to show that you don’t have to be beautiful or have a beautiful voice to sing a great love song … and that Bob Dylan can do whatever he wants to do and get away with it. Release date: 2/3/2015.

Jorma Kaukonen – Ain’t in No Hurry 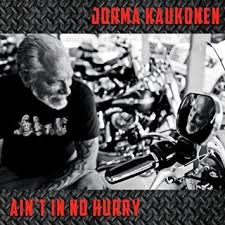 A new album by former Hot Tuna band member, now a solo artist, this release includes songs for the whole family, with interesting vocals and a variety of instruments. The songs, in roots, blues, old time styles, show uncanny innocence, clarity, humor, and even a few religious overtones. The instruments are varied too. Other seasoned musicians, such as Barry Mitterhoff (mandolin) appear in this dream-like musical offering.  Release date: 2/17/2015.